Silver Region and Karwendel, these two names stand for one of the most exciting vacation areas in Tyrol. It stretches from the bavarian border over the Karwendel peaks into the Tux Alps. The district capital of Schwaz, today a small historical treasure, was once one of the largest cities in Austria when silver mining reached its peak in the middle ages. Emperor Maximilian and the Fuggers resided here, nobility and rich citizens had art treasures created, which can be admired until our days. The people of Schwaz today are a busy, open-minded bunch with a great feel for art, trends and lifestyle.

Churches, castles and museums - a cultural journey through the Silver Region.
You are bored? You want to take a sporty rest day? Then there's only one thing to do: Hunt for the numerous sights of the Silver Region.

Also in terms of "art & culture", the Silver Region Karwendel has a lot to offer. After all, the silver city of Schwaz was the second largest city in Austria in its heyday in the Middle Ages. The mining of silver brought with it importance and wealth and thus a wealth of culturally significant evidence of this fertile period.

With over a thousand visitors a year, the silver mine in Schwaz itself as well as Tratzberg Castle in Jenbach are the crowd pullers par excellence in the Silver Region. You will find plenty to do on a Karwendel vacation.

The silver Schwaz
No matter where you settle down in the Karwendel Silver Region - every place holds sights worth seeing. The following "round trip" will help you to choose.

The start is in the district town of Schwaz, the center of the Karwendel Silver Region.

The epithet "silver town" refers to the town's montanistic past. Between 1420 and 1827, no less than 2.5 million kilograms of fine silver were extracted from the silver ore mined in the Schwaz tunnels. The total length of the Schwaz tunnels is said to be 500 kilometers. The showpiece of the great mining industry is the Sigmund-Erbstollen, which has been accessible as a show mine since 1990.

In the wake of silver, important princes, artists and scientists came to Schwaz. The Fuggers (who are still remembered by the architecturally unique Fuggerhaus) were also mine operators.

Around 1516, the most important German physician of the time, Paracelsus von Hohenheim, stayed in the mining town.

Hans Sachs from Nuremberg founded a school of Meistersingers. The remains of frescoes from the Meistersingersaal, which was bombed during the Second World War, can be admired in the Museum of Schwaz Art in the Rabalderhaus, along with samples of Schwaz artists' work.

At that time, the people of Schwaz could even afford to build the - still today - largest hall church in Tyrol. The altar was created by the famous Veit Stoß, the altar was - unfortunately - sold during the baroqueization of the church.
Next to the church, in the Palais Enzenberg, is the Schwaz City Gallery.

Just a stone's throw from the Fuggerhaus is the Franciscan monastery, donated by Emperor Maximilian, where, in addition to a visit to the monastery church, a look at the cloister is an absolute must.

Schwaz is also home to the ancestral castle of the Frundsberg family - Freundsberg Castle with an integrated castle tavern and a museum that fills the entire keep. Directly opposite the "mouth hole" of the mine is the planetarium and barely a kilometer to the west you come across St. Martin.

The baroque church with its frescoes by Christoph Anton Mayr as well as the "Haus der Völker" are further sights. The House of Peoples is the only ethnological museum in western Austria.

A hunting lodge and the gateway to the Karwendel mountains
Directly opposite the district town of Schwaz, the market town of Vomp rises up the mountain slope, on whose municipal territory Fiecht Abbey is also located. Sigmundslust Castle is a worthwhile photo motif. The former hunting lodge of Archduke Sigismund the Minty Rich, built between 1472 and 1473, is the town's landmark.

By the way, Vomp is one of the largest municipalities in Tyrol in terms of area. It stretches from the Inn Valley to the Bavarian border. Thus also the Karwendel fraction Hinterriss belongs to Vomp, which - as the only year-round inhabited settlement in the Karwendel.

Since last year, the new visitor center has been located there as an architectural gateway to the Karwendel Alpine Park.

A hike through the solar system
From Vomp, the tour continues to Terfens. "Wanderbar" is the planetary nature trail, on which you can march through our solar system in one hour. Sculptures created by artists, true-to-scale replicas of the planets, show the distance and size relationships in the universe. The sun, for example, is represented by an arc with a diameter of 14 meters, Pluto the smallest planet, measures only 4 cm in diameter.

Whoever comes to Terfens should also visit the pilgrimage chapel Maria Larch, which was donated in 1678 for a figure of Mary made of clay, which was once attached to a larch tree ("Larch"). Here's a special tip: the water that flows from the well near the chapel is said to have healing powers.

Splendid church and remains of a knight's castle
In Terfens you cross the Inn River, where on the other side of the valley are the communities of Weer, Kolsass and - on low mountain terraces - Kolsassberg and Weerberg. Weer has one of the most beautiful rococo churches in Tyrol. The ceiling paintings are by the famous Tyrolean painter Anton Zeiller (1779).

Kolsass or Kolsassberg are the next stops, and on the ascent to Kolsassberg a massive ruin catches the eye. It is the remains of Rettenberg Castle, built by knight Florian Waldauf in the 14th century. Parts of the castle were demolished at the beginning of the 19th century, and the material was used to build a church in Wattens. The complex is privately owned, the surrounding wall with the four corner towers as well as parts of the palace still exist.

From Weer it is also possible to drive up to the Weerberg. From afar, the "old" Weerberg church of St. Peter greets you on its prominent hill. The originally Gothic church was enlarged in 1749 by the famous church builder Franz de Paula Penz and rebuilt in Baroque style. From the church hill you have a wonderful view of the Karwendel mountains.

Below the church stands the 16th century sacristan's house or Rablhaus, which once also served as Franz de Paula Penz's residence. It contains a small but fine museum that provides insights into the daily life of the farmers of days gone by.

Schnapps and a path of the senses
Not back to Weer, but in the direction of Pill, the route leads from Weerberg back into the valley. There it gets high-proof - there is - in the Plankenhof - a schnapps museum. From Pill as well as from Schwaz you can reach the Pillberg and thus the mountain region Arbeser-Kellerjoch with its many hiking possibilities, which is accessible by a lift. Also on a "path of the senses" one can (lust-)walk.

Ten chapels and a ruin steeped in history
From Schwaz eastward we reach Gallzein and Buch. The eight-kilometer-long Ten Chapels Trail is quasi cross-local.

It begins at the Schwaz silver mine and leads along side roads and shady forest paths past ten chapels that date back to the heyday of silver mining. In the municipal area of Buch, in Rotholz, you come across historical wall remains - the Rottenburg ruins.

The Rottenburg was an economic hub and administrative center of Tyrol in the Middle Ages. The Staircase of Reconciliation in the Rottenburg Ruin commemorates the reconciliation of the hostile Rottenburg Counts by Saint Notburga, i.e. the national saint of Tyrol.

Near the Rottenburg is the highest spruce in Tyrol, which is under nature protection. Also in Buch, starting from the Bucherwirt, a rewarding walk to the "Bucher Wasserfall" is possible.

One village, three railroad lines
In Buch, we switch to the other side of the valley on our cultural excursion to Jenbach. The market town is an important transportation hub and has a special feature: trains with three different gauges meet at the station. The Austrian Federal Railways with standard gauge as well as two narrow-gauge railroads that steam to the Zillertal and Achensee.

A ride on the nostalgic trains pulled by old steam horses is an experience for the whole family. The more than one hundred year old steam horses have - in the truest sense of the word - lost none of their "pulling power". However, the fact that you can get off during the (slow) ride to pick flowers is one of the legends surrounding the historic trains.

Jenbach is also home to the Jenbach Museum of Local History, which is arranged according to various focal points (nature, sports, railroads and local history). In Stans the cultural circuit through the cultural sights of the Karwendel Silver Region comes to a close. And there a special attraction awaits the visitors: Tratzberg Castle.

The visitors experience a time travel through the history of the ensemble, which already served Emperor Maximilian as a hunting lodge. By means of an audio-visual guided tour, adults and children are explained the historical facts, terms are explained and the most important attractions of the castle are presented. Through headphones, visitors get to know Emperor Maximilian I and Jakob Fugger, among others. The highlight of the tour is the visit to the Habsburg Hall. Its walls are adorned with a 46-meter-long fresco cycle - the Habsburg family tree, which includes 148 descendants of Austria's most famous ruling dynasty.

Silver Region and Karwendel, these two names stand for one of the most exciting vacation areas in Tyrol. It stretches from the Bavarian border over the Karwendel peaks into the Tux Alps.

Here you can find the webcams of the ski resorts nearby...

Due to our central location, several ski resorts are reachable in a short time. Here you can find the closest ski areas.

Rate your stay at Chalet Schlossblick.
The feedback of our guests is very important to us! 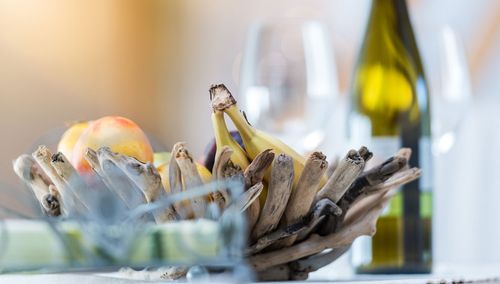 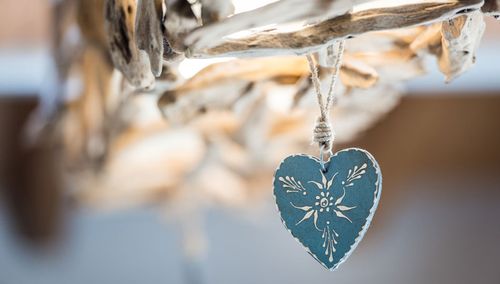 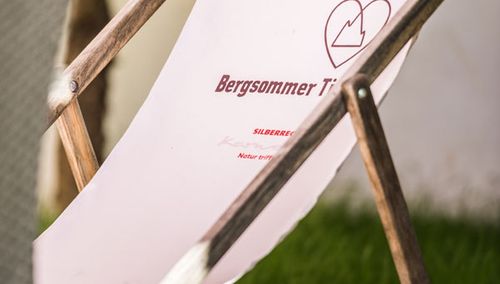 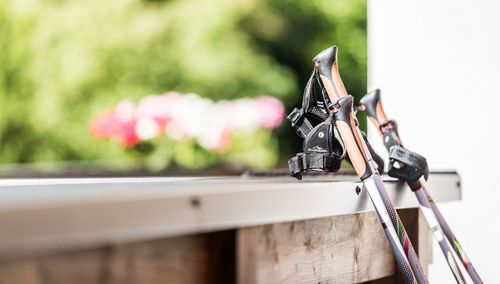 created by ennemoser.team
Get more info about used cookies